The Latest from Soomo Learning

Sony/ATV has taken down our educational parody video Bad Romance: Women's Suffrage because we would not allow them to monetize it with an advertisement. As part of their copyright claims process, YouTube recently allowed Sony to place an ad on our video, and in an effort to defend the video and remove the ad, we’ve repeatedly appealed this claim on the basis of fair use provisions for parody works.

The parody video, with over 3 million views and an Emmy win in 2012 for Best Instructional Content, receives fan mail weekly and has inspired thousands of students to learn about how women got the vote. Since its release in 2012, Soomo has made the video available on YouTube for free, without ads, in hopes that teachers across America could engage students with the story of the women's suffrage movement and the passage of the 19th amendment. Help amplify our voice so that Sony/ATV sees the value in preserving this educational resource.

If you think this video should remain in place and ad-free, tweet @SonyATVMusicPub and let them know why you think they should #SaveBadRomance.

Soomo Learning has proposed a panel at SXSWedu to discuss how learning science and design thinking can improve graduation rates. Community support factors heavily into panel selection. And we need your help!

Now students can take Soomo with them wherever they go! Our mobile app has been released for both Android and iOS. The Soomo app allows users to read and complete work in their webtexts either online or offline—and will sync answers automatically as soon as Internet access becomes available. Students can get started by clicking the Get the App button on the Tools menu in any webtext, where they’ll find instructions on how to pair a mobile device.  To learn more about how it works, visit out Mobile Support FAQ page.

Posted on Aug 26 by susan cottenden in Teaching and Technology , Product Releases , Soomo News > Continue
2013
May

"Ivan Merrit, Associate Dean, says the school especially likes the added flexibility the webtexts offer. 'You learn from the students what’s important, what’s too difficult, and where to keep the focus. It’s a great way in which our course will continually evolve.'"

Every semester we survey students about their experience using Soomo’s webtexts (incentivized by an iPad drawing). Student and professor feedback helps us prioritize new content and feature developments. Here's a summary of the feedback we received from Fall 2012 students using Central Ideas in American Government. 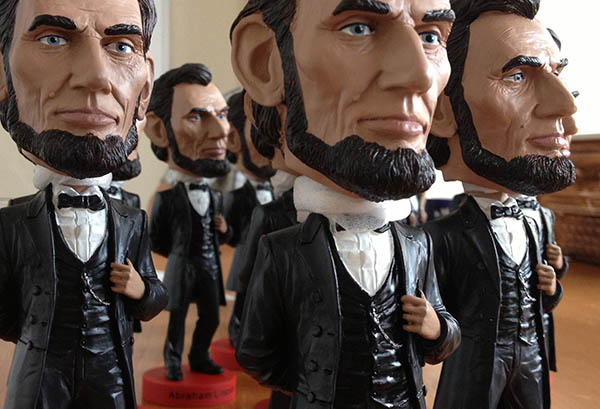 Great news for Political Science professors who have been assigning work this semester: this year’s bobblehead is President Abraham Lincoln.

Selected to mark the 150th anniversary of the Emancipation Proclamation, these handsome doodads arrive complete with bow tie, pocket chain, and a striking resemblance to Daniel Day-Lewis.

February 5, 2013 - (Press Release) - Asheville, NC - Soomo Publishing, a leading creator of digital resources for college courses, received the Emmy for Informational or Instructional Program at the 27th Annual MidSouth Emmy Awards. Soomo brought home the award for its music video “Bad Romance: Women’s Suffrage.” The educational video parodies Lady Gaga’s “Bad Romance” while paying homage to Alice Paul and the generations of women who fought to give women the right to vote.

Dr. Jocelyn Evans, Soomo author and professor at The University of West Florida, and Soomo CEO and Founder David Lindrum co-authored an article in this month's Journal of Political Science Education. The article examines four introductory level political science textbooks for content and perspectives to observe similarities and differences. 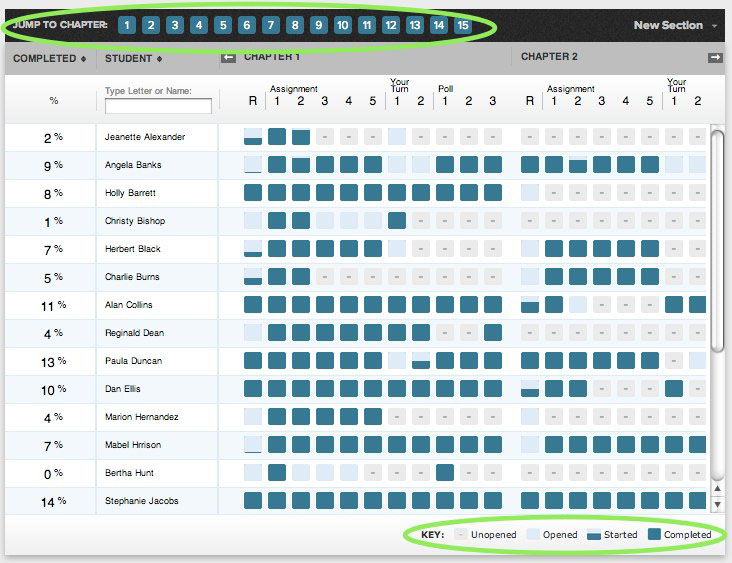 We've made some small, but important, changes to our analytics user interface this month that we're excited to announce. The analytics dashboard now keeps the key and header on the screen at all times.

Instructors and administrators can skip directly to a certain chapter using our new chapter selection function at the top of the page. This tool is customized based your course's number of chapters or units.